Can You Paint an Orangery? 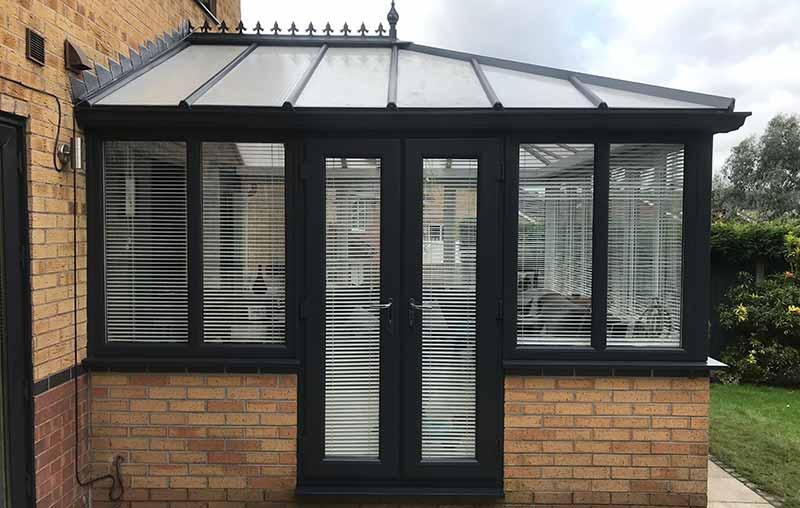 Can you paint an orangery

Yes, you can paint an orangery. And convincingly too.

Orangeries are expensive to design and erect, with the average cost coming in at northwards of £20,000 — or around double the cost of a conservatory for the same square footage. Even structural changes, such as replacing the frame, will set you back thousands.

So, here’s a far cheaper option – if you are unhappy with the way your orangery looks, painting it will transform its appearance for less than 10% of the cost of replacement, and the best part is the inside and outside frame can be painted to make it appear as though the frame was originally installed in the new colour!

What does the process entail?

The only way to paint an orangery frame in such a convincing way that it appears to be a factory install is to spray paint it.

This is always performed by a professional painter using an electric spray-painting gun designed to modulate paint flow perfectly for even coverage. Early on in our work, we found this requires a unique nozzle setup.

But before a lick of paint is sprayed, prep is needed which we have covered in detail in another article. We have also covered the uPVC spray painting process which is the same for timber and aluminium orangery frames.

How much does it cost to paint an orangery?

The cost varies from £600 to £800 for the outside frame and doubles the cost if you also want the inside of the frame painting.

A professional orangery paint job will be so convincing that it will appear as though the frame was originally installed in the new colour.

The results are spectacular. You can see before and after photos of our work here and gallery photos here.

Why choose Bespoke UPVC for the work?

The most important thing you need to know about our own work is we put in the extra effort for a perfect finish. We are not interested in leaving as soon as possible to cram in more work for more money. We will dedicate our time to you and only leave once we have made your orangery look fantastic.