The Benefits to Spray Painting a Conservatory 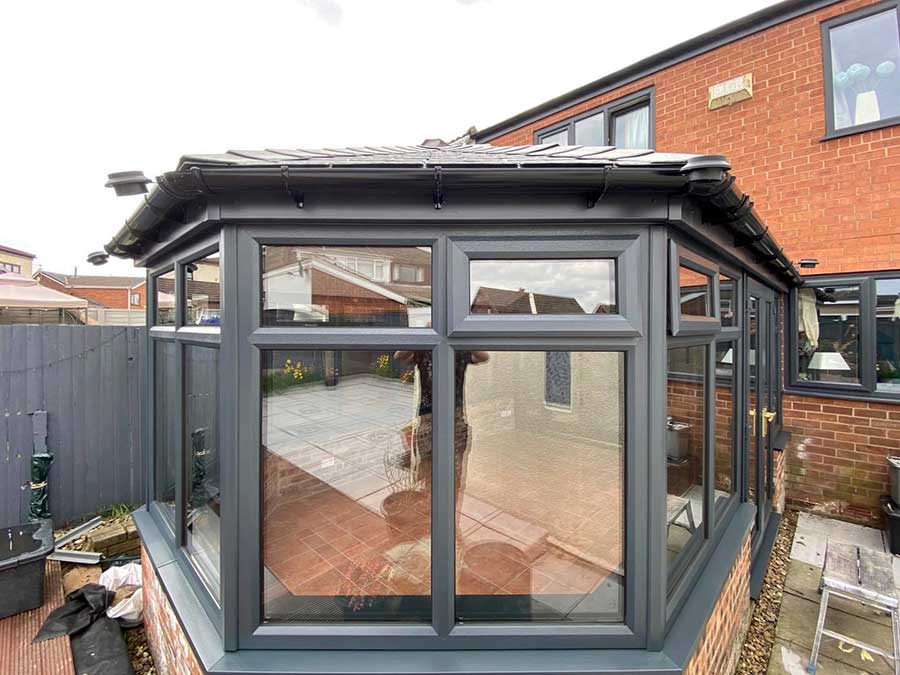 Could UPVC painting add value to my house?

It might surprise you to learn that at least half of the homeowners we have spoken to about painting don’t like the way their conservatory looks. This is normally because it is made from either white UPVC or untreated timber.

Thankfully, you can get it spray painted to change its appearance, but should you do it? To help you decide, we’ll lay out the benefits below.

The average price to paint a small conservatory or orangery (3,000mm square) is £1,380 including VAT. A large conservatory (up to 5,500mm square) would set you back £2,520 with VAT included. This is at least 5x cheaper than replacement.

If there is nothing functionally wrong with your conservatory, replacing it would be a waste of material. Painting it is cheaper and better for the environment.

It can modernise an old fashioned style

If your conservatory is old fashioned (made from unpainted timber or white uPVC) then having it painted will modernise it.

Our customers normally go for a grey finish such as RAL 7016 anthracite grey, because this mimics the appearance of aluminium.

You won’t be able to tell it has been painted

As part of our service we offer to spray the exterior and internal frames. It’s your choice whether to go for both. The most convincing look is when we spray the inside and outside of a conservatory for a consistent appearance.

The finish will last

If you have concerns about the lifespan of the painted finish on your conservatory, you really needn’t worry. We provide a 10 year guarantee with our spray painting work, which means we expect the paint to last at least a decade.

The reality is we have been spray painting surfaces for over a decade, and many of the surfaces we sprayed over a decade ago still look like new. We also provide free aftercare, so if you have any issues, we’ll look after you.

If you have a conservatory that is old fashioned or out of place, having it painted could transform its appearance. Having it spray painted professionally is definitely worth it, and especially compared to the cost of replacement.